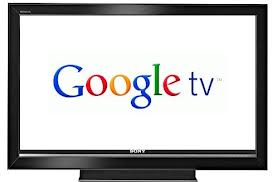 How many people are sick of paying $200 per month for cable, internet, phone and TV that you hardly use?  Most people don't realize it but we are all subsidizing channels like ESPN for those who don't necessarily watch the channels.  If Google launches a Nationwide fiber to the home network as it is testing in Kansas City, Missouri.

The traditional cable TV industry like Time Warner, Verizon FiOS, AT&T U-Verse, Comcast are going to be in big trouble protecting their margins if this happens.  The only reason they would disrupt the traditional cable monopolize is because they will likely make more money from local targeted advertising.

Here are some highlights from this article at FastNetNews below..

Sergei Brin and the team at Google want to move ahead on a plan to run fiber to 10’s of millions, maybe hundreds of millions of homes. That’s implied by the $70/month price, which is high enough to be quickly profitable if 20-30% of homes sign on. Google’s research says they’ll get that high a rate, but no one is sure until they actually offer the service to 170,000 homes in Kansas City.

The box has two terabytes, enough for 500-1000 hours of HD video and/or a fine home music collection. It also has eight tuners, so it’s almost impossible to have a problem with too many simultaneous shows. With two HD channels fitting in 7 meg and almost no sites effectively downloading at more than a meg or two, it's rare for most people to max out at 10 meg. For the small amount of time they do, many aren't willing to pay.

There is empirical examples of surprisingly low high speed take rates from Sweden, France, Britain, Hong Kong, Japan, Korea, and California. A difference of $10 to $30 discourages 3/4ths of the customers. Google is looking for $70/month for a gig, compared to 10 meg cable at about $50 and 3 meg DSL at about $35. Cable in Kansas City can easily offer 20 or 30 meg for the same price and possibly 50-100 meg.

A $50 difference between 10 meg cable and 50-100 meg DOCSIS has been standard in the U.S. and the take rate on the higher speeds has been so low no company will reveal it. Cablevision is coming down to $70 and we’ll soon know if it helps. All of these prices are approximations and available with different deals and bundles, of course, so none of these comparisons are exact.

HBO and other networks are refusing to sell to Google at a price Google considers reasonable.
By Syndicated Maps at 8/22/2012