Fix WiFi Reception With Multiple iPads on the Same Network 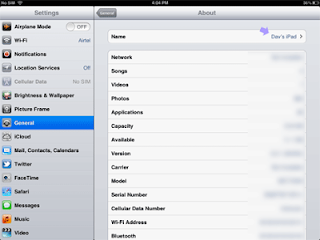 If your home has multiple iPads in your home or office running on the same network you should be aware of this problem. My home has 3 iPads: iPad 1, iPad 2 and an iPad Mini and our reception was getting worse and worse.  I noticed over time that each iPad was dropping the WiFi network more and more.  Each iPad would drop reception while searching from the Safari and Chrome browser and also while downloading from the App Store.

The first thing I did was to change the WiFi DNS settings to Google at 8.8.8.8.  This improved speeds a little bit but the connections kept dropping.

I took me a while to figure it out but I realized each iPad had the same name.  By simply changing the name of each iPad the reception problems improved drastically.

Verizon Fios apparently views devices with the same name on the network as the same device and thus each of the iPads were competing for the same IP address from the router.
By Syndicated Maps at 12/09/2012