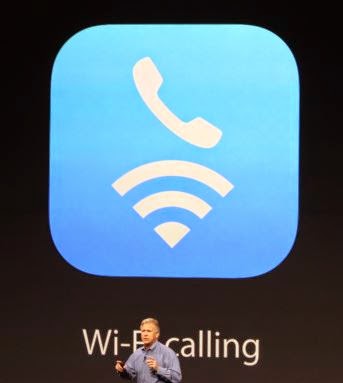 Wireless carrier voice revenues are declining almost to zero (many fees now include unlimited voice and SMS texts, charging only on the basis of data consumed).  Not to mention the reliability of voice coverage is on the declines as well with carrier networks seeing congestion in many areas throughout the World.
Have carriers lost control of voice and messaging services with the onset of the mobile data tsunami?  It appears to be that way seeing the growth of over the top messaging services.  Many wireless consumers suffering from poor quality or non-existent voice service at home have three main technical solutions to consider.
The wireless industry seems uncertain of which direction to take for future voice delivery.  VoLTE which stand for (Voice over LTE) seems the most popular choice and is considered by many to be the path of the future. However, the complexity of introducing the service late and alongside existing 2G/3G has delayed launch.  Despite the hype at the last CTIA conference, few operators and few devices actively support it today.  This could obviously change quickly over the coming year. Sprint's CTO advised they will wait until its more mature, offering HD Voice over 3G instead.

Several operators are introducing Voice over Wi-Fi including operators T-Mobile. This is quite independent of VoLTE and comes in several flavors - many operators offer a separate App that can be a bit clunky and inconvenient to use. Alternatively, the new iPhone iOS8 Wi-Fi calling feature is fully integrated as a seamless service - making it as easy to use as standard cellular calls.  Most T-Mobile android phones offer built in Wifi calling as well.  The iPhone could be a big trigger for greater take-up of Wifi calling and may affect sales of residential Femtocells.  Approximately, 10 million residential Femtocells deployed worldwide.
By Syndicated Maps at 10/07/2014