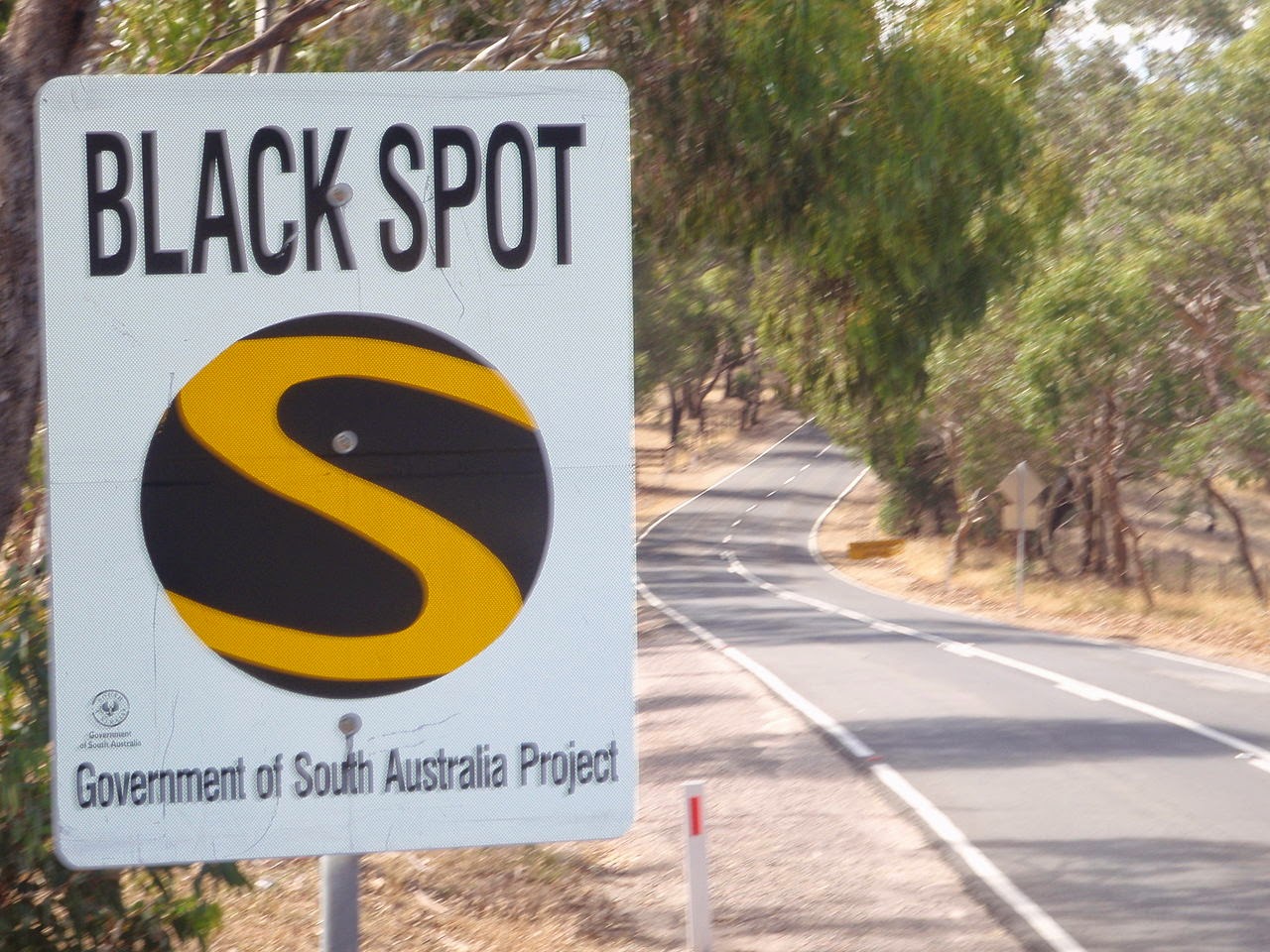 The Mobile Black Spot Programme is an Australian Government initiative to extend mobile phone coverage and competition in regional Australia. The programme will invest in telecommunications network infrastructure to improve coverage of high quality mobile voice and wireless broadband services and competition in the provision of these services. The Government has committed $100 million (GST exclusive) over four years to the delivery of the Mobile Black Spot Programme. The program will improve coverage along major transport routes, in small communities and in locations prone to experiencing natural disasters, as well as addressing unique mobile coverage problems.

Nominations of mobile black spot locations. From 16 December 2013 to 1 August 2014, the Department of Communications received reports of approximately 6,000 locations with poor or no mobile coverage. These locations have been included in a database which is now available as an interactive map. The database will be shared with mobile network operators and infrastructure providers to assist them in preparing funding proposals for the Mobile Black Spot Programme. The database of mobile black spot locations closed on 1 August 2014. 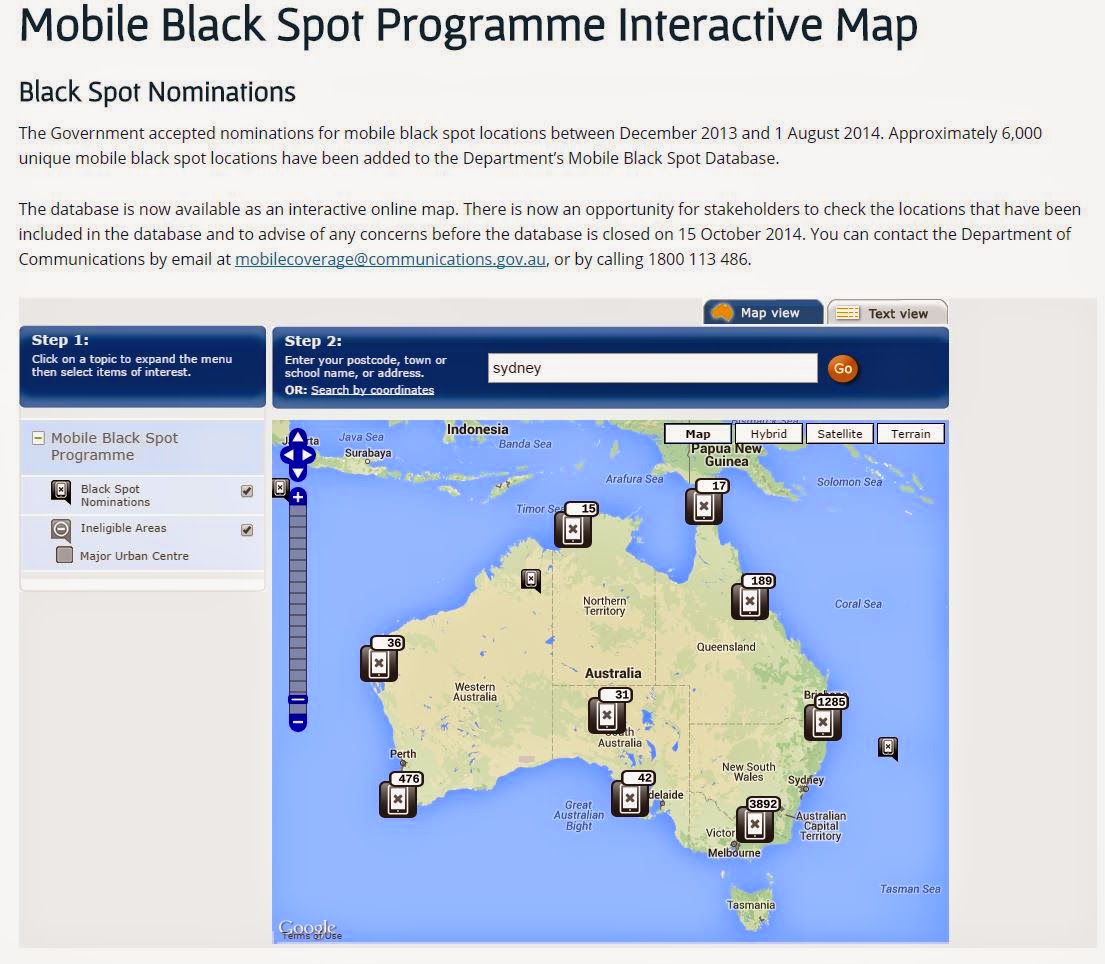 Some 6,000 mobile black spots (dead zones) exist across Australia, according to a recent database released by the government and compiled after submissions from the public. Victoria was the state reported to have the most nominations – 2,029 – for mobile black spots, followed by New South Wales, which had 1,780, while Queensland and Western Australia had 897 and 523, respectively. However, according to The Australian, the AUD100 million (USD92 million) set aside for its Mobile Black Spot Programme is only expected to be able to pay for the construction of between 250 and 300 new base stations. Despite this, Paul Fletcher, parliamentary secretary to the communications minister, was cited as saying that these new towers should help fill coverage gaps in multiple areas, saying: ‘It is important to understand that, although 6,000 locations have been nominated, this does not mean that there are 6,000 locations where a new base station is required.’

With mobile operators such as Telstra, Optus and Vodafone Australia expected to tap the AUD100 million government fund, the process is also reportedly expected to generate at least another AUD100 million investment from bidding parties, state governments and local councils. In terms of which locations will benefit from funding, this will be determined by a competitive selection process, with Mr Fletcher noting: ‘The final determination of the locations to receive funding will come through the competitive selection process, which is designed to allocate the funding to locations which will deliver the greatest benefit in terms of new coverage, for the public funding provided.’ This tender process will reportedly get underway this month, with a decision on successful bids expected by April 2015, ahead of new towers being rolled out in the second half of 2015.
By Syndicated Maps at 10/08/2014