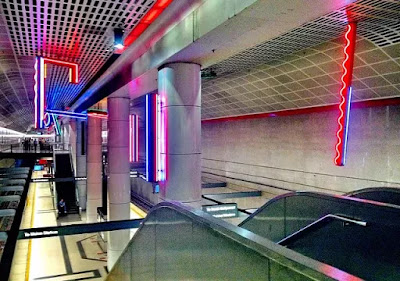 LA Subways will have cell phone coverage underground. By the end of March, the first wave of service will be available for the ride between Union Station and Seventh St./Metro Center. Cell service means that phone calls and internet use will be possible on the train.  MTA Metro's been talking about rolling out cell service and Wi-Fi on subways for a couple years now. Previous updates on the tech projected that we'd be getting Wi-Fi first, then cell service, but now it looks like cell service will be the first thing Metro riders get.  Read more.