From Alexander Graham Bell to AT&T: The World's Telecom Leaders

Telecommunications would not be the same if not for the big names out there – not only are the biggest companies on the globe able to deliver wider coverage, but they also have the know-how and the resources to invest in cutting-edge tech that brings new developments to the market. This is how we got from the old-fashioned receiver landline phones to 5G high-speed internet-connected smartphones. And the world’s biggest and richest telecom companies keep up the race towards the next step in consumer-oriented tech – even if they are not always quite able to make good on their promises when it comes to their real coverage. Today we examine the best and most ambitious among the pack.

AT&T
With $163 billion in yearly sales, AT&T has surpassed all competition, including China Mobile and Japanese leader Nippon to climb at the top of Forbes 25 Biggest Telecom Companies in 2017. The Forbes list brings together companies from 17 countries across the globe that collectively reach a market cap of $1.6 billion. In 2016, their combined revenues amounted to $1.2 trillion and profits reached $88 billion among them. AT&T rose to the top of the rankings after it decided to buy DirecTV, a satellite broadcast company, in 2015 and went on to create the concept of AT&T entertainment. Short for American Telephone and Telegraph Company, AT&T can trace its roots back to Alexander Graham Bell himself, the legendary inventor of the telephone, as it was established as one of the subsidiaries of the Bell Telephone Company back in 1885 and then went on to buy its parent company a few years later for legal grounds. Headquartered in Texas, USA, the company is one of the largest mobile and landline phone service providers in America.
Verizon
Verizon Communications Inc., another US-based company that has its headquarters in New York, comes in second in the world. Interestingly, Verizon is what came of AT&T’s decision to divest its regional operations following a mandate from the US government in the 1980s. Bell Atlantic was one of seven companies that broke off from AT&T and in 2000 took on the ambitious name Verizon – a combination of the Latin word for truth, “veritas”, and “horizon”. It is currently run by chairman and CEO Lowell McAdam, who successfully headed the company into buying AOL and then later Yahoo! to branch out into the media sector. The two new companies were incorporated into a new sector, taking on the equally ambitious name “Oath”. It is publicly traded in both the NYSE and Nasdaq stock markets and in Q4, 2017, Verizon Wireless topped its market with over 150 million subscribers, leaving AT&T behind at a little more than 141 million.
Grupo Carso Conglomerate
A bit further south, we find Grupo Carso Conglomerate, a Mexican conglomerate company that is leading the Latin American market. It was founded in the 1990s by Carlos Slim and was named after a portmanteau of his and his wife’s name, which is Soumaya. According to Betway Casino’s billionaires’ journeys list, Carlos Slim is among the richest people in the world with a wealth that reaches $67.1 billion – and he became a billionaire at 51 years old. His empire includes Telmex, a telecom company that serves most of Latin America, including Mexico, Argentina, Brazil, Peru, Colombia, Chile and other countries in the area, as well as América Móvil, a Forbes Global 2000 company with services ranging from Honduras and Jamaica to Mexico and Uruguay, and Telcel, one of the largest wireless communications companies in Mexico with wide coverage all over the country. 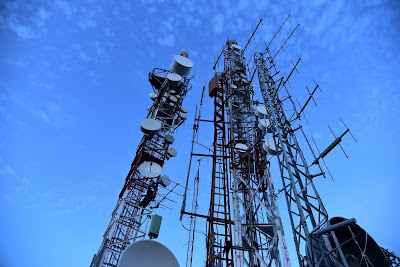 Deutsche Telecom AG
One of the most recognizable mobile service providers worldwide, T-Mobile has seen its trademark magenta logo in stores across Europe and the US, serving customers from Austria and the Netherlands all the way across the Atlantic to the New World. It is all part of Deutsche Telecom AG, one of the leading European telecommunications giants, headquartered in Bonn, Germany. Deutsche Telecom also holds a significant interest in Telecom, a major service provider in Central Europe and the Balkans region, as well as Greek market telecom leader OTE. It also owned half of EE, UK’s largest mobile network, along with Orange, but divested in 2016.
China Mobile
One of the top companies worldwide, state-owned China Mobile mainly serves mainland China with services ranging from mobile network to multimedia – and pretty much dominates the Chinese market. In March 2018 its mobile service subscribers reached 898,537,000 individuals, with almost 4 million new customers added in that month alone. The company is listed at NYSE and its value in May 2018 reached more than $47 billion, making it one of the richest telecom companies across the globe.
The telecoms industry is a constant struggle between ambitious newcomers and savvy, trustworthy names. Yet, however the power dynamics between companies may change, the developments in tech and service keep moving forward to new frontiers.
By Syndicated Maps at 5/21/2018