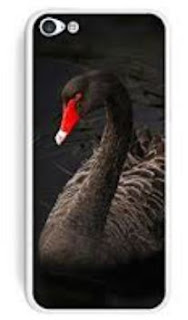 When Will Congress & EU Investigate Apple for Antitrust Issues About Purposely Creating Bugs to Trick People Into Buying New iPhones?

Have you ever asked yourself why your iphone keeps crashing every October or November before the Christmas shopping season?   I think this coincidence of this annual phenomenon is actually done on purpose by Apple secretly to trick people into thinking that they need to buy new phones.

Apple has created an amazing business through planned obsolescence but ever since Steve Jobs passed away they have not innovated enough that would entice most frugal people enough into buying the latest new iphones.   I think Apple knows this and is not purposely creating bugs in the iOS operating system to make people think their phone is defective.   If the truth was ever was to be investigated and discovered I think this could destroy about half of the companies market capitalization.  Watch Apple's stock if you ever start to hear about an investigation like this.

If you understand the software business it is not hard to imagine why Apple wouldn't purposely create bugs in their operating system to trick people into thinking their phone is now defective.  Everyone I talk with who owns an iPhone thinks they need to buy the latest iPhone hardware in order for their phones to continue working.

The Android World is much difference and Google does a much better job of releasing updates and that are consistent with the phone hardware.  You can use an Android phone for many years after a phone is released.  However, older iPhones seem to get bloated with worthless software and bugs that seem to crash and clutter phones with things you really don't need.

Another thing that Android does is allow you to offload photos to Google Photos easily for minimal costs and doesn't scam you into thinking you need to buy iCloud storage to backup.  This is such a scam by Apple.  If you are a sophisticated iPhone user having Google Photos backup and remove all of your photos is essential so you don't have to use Apple's worthless iCloud storage.

Would love some Apple supporters to comment on this below.