The Advance of High-Definition TV 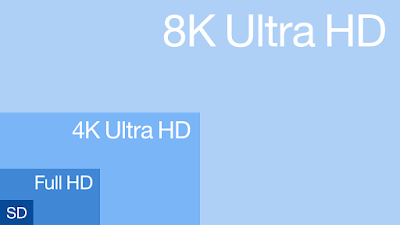 The television has been the background and forefront noise of our lives. We watch the news to learn about world and local events. We watch television for entertainment, allowing it to take us on adventures and create feelings of joy and sadness. This appliance takes up space on our shelves and walls, but it did not always have the look it has now. It has a history of graduating from archaic to modern. It was not until 1947 that many households had a television, so imagine the great change that has been brought about. It was not common for people to own a television and to do so meant you were financially comfortable. Now, it is the norm for every household to have a TV or two in its rooms.

Prior to electric televisions, there were mechanical televisions. The early televisions were rudimentary with mechanically scanned images that were then transmitted on to a screen. The slow trek to the television we know today started with a simple line on the screen, the first ever transmitted image. Later the dollar sign was successfully transmitted. The television was tweaked between 1926 and 1931 and finally, the electronic TV was introduced.

Skipping along the TV history timeline, the first remote control, the Tele Zoom, was created. It did not change channels, but it did zoom in on the TV. Thankfully Zenith released the true remote in 1955 and was completely wireless. This remote changed channels and altered the volume. The color TV has a patent from 1925, but did not come forth until 1946. Color TVs were an electronic image war between CBS and RCA. The two stations created their own types of TVs. The public felt they were beyond having the black and white versions and wanted to choose the color versions. The FCC declared that the television CBS created was superior and declared it the national standard, this was the color TV. Since then it has been a great walk to the different types of television watching we know today. Many nations have participated in making the television experience great. Japan was a great contender in improving image quality.

What a journey it has been to the TVs we know today: high definition (HD), satellite, smart TV and even the ability to watch TV on the Internet. Nowadays, we have the world at our fingertips. The remote has graduated to the voice-activated remote control. We now have applications, or apps, that connect directly to the TV. This makes watching the Internet even better. It's a great comfort to be able to watch Netflix and YouTube straight from the TV. Additionally, watching TV is like watching a better experience. The 4K Ultra HD gives a rich experience. This is quite a big step from having a remote that only zoomed in to give a bigger picture on the screen.

HDTV offers more detail and quality and is far better than the standard analog television, or even other types of digital TV formats. HDTV is digital and the broadcast transmits widescreen pictures. HDTV is known to be the best quality DTV format available. You feel as if you are a part of the action in the movie and not just an outsider to the experience. Optimum.com can give you that experience and more. Contact them and get the viewing experience you deserve.

The HDTV is slowly replacing the standard television from fifteen years ago. The clunky version of the TV is not seen as much on the store shelves. Instead, there are flat screen TVs with HD. So far, this is a perfect marriage of entertainment. The flat screen TV saves a lot of space and delivers a better picture, not to mention the different types of sound systems available with the brands of TV today. Sound and image create the perfect condition for binge-watching TV shows and having a special family night of movies.

The graduation to a better television experience continues to get better. What an amazing progression, going from a simple line on the television to seeming as if the people we are watching are standing directly in front of us.
By Syndicated Maps at 12/14/2018