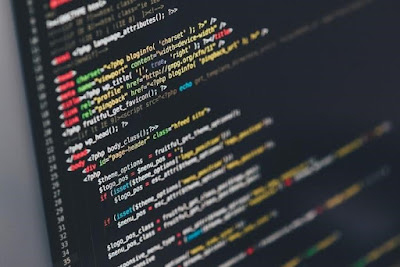 Owning and operating your own website is absolutely necessary in today’s world. Whether it be a personal website with your resume and achievements or a blog about your favorite hobby, they’ve become an integral part of how we produce and consume information. One of the most popular website builders around, which boasts a formidable “36% of the web” on their site, is Wordpress. Wordpress is the golden child of new websites. It’s easy to use, easy to access, and can support as much as you're willing to pay for. On top of that, they’re more affordable than a lot of their modern competition. The only issue with Wordpress is that of any other website builder: you’ve got to maintain it. There are some issues that are light years ahead of non-technical folk. The proper support channels can help you with that. But there are a handful of fixes that you can do on your own. Here are some of the most common issues one can come across in Wordpress and how to fix them.

Let’s say you've been using your website for a few months and you want to make some changes to the way it looks. Naturally, you would go to the Appearance Editor. That’s where you can go in and tweak anything you need to tweak with regard to how it looks. You go to the Wordpress dashboard and, for some reason, it’s not there. How does one change the appearance without the Appearance Editor? We asked correspondents at alivebetter.com and were given an easy fix to either. This is most commonly due to wp-config.php setting or some security plugin preventing it. Here’s a step by step guide to both options

●       If you’ve got the iThemes plug-in, you may see a block of code that prevents the Appearance Editor use.
●       Go to SECURITY, then SETTINGS, then WORDPRESS TWEAKS, and finally CONFIGURE SETTINGS.
●       Apparently there is a default setting that disables file editor. Uncheck the option that says “Disable File Editor.”
●       Save settings in the bottom left.
●       After that, you should be able to see your Appearance Editor.
●       Note: This is based on the latest iThemes update that allows for you to do this.

Syntax errors happen when you try to add something that’s not complete. There are snippets and things you might have saved over time or found on the internet that, if improperly placed, can result in a syntax error. The simple fix is to go over it a few times. Most likely it's something innocuous like a bracket or an underscore. You can also run it through FTP (file transfer protocol) and it should tell you which line needs to be edited. That narrows things down significantly.

A common complaint is that there is no ability to resize or edit images. Even further, uploading images and making them look the way you want them might seem off. When you upload a new image (post, “+”,  image) get familiar with the image editor that pops up on the right. It might not be a fallout photoshop option, but you can resize and play with it to the extent that it will allow.

On Wordpress, RSS feed output is in XML format. As you might have known, XML formatting is a very strict markup language. Errors in your RSS feed are somewhat similar to the syntax errors you may face. Things as innocuous as a misplaced tab or a line break can totally mess up the stream of code that constitutes your RSS feed. In order to fix this, you’ll need to go over it a few times, just like your syntax errors. Good thing for us, the error code will tell us where exactly it is.

●       You might see: “XML Parsing Error” followed by the line and column where the error was found.
●       If this is not the primary issue, you may have to go in, kind of like the Appearance Editor fix, and disable plugins related to your RSS feed and see which one may be affecting it.
●       This may take a bit of time, but between the error code fixes and the plug-ins you’re sure to get to the bottom of it.

If you’re trying to post on Facebook, you’re probably going to run into some complications regarding the thumbnail. It is extremely common. It’s anything but major, really. The most common reason why is that you have more than one image set in the og:image tag. If facebook doesn’t pick the image you want, you can simply add it directly on facebook.

A 404 error is when you click the link and the content isn’t where it’s supposed to be. That’s a big problem with a very easy fix. Because of the Wordpress CMS, much like the XML format, any small addition or subtraction will throw the whole thing off. If your links don’t route to your website, most likely nothing has been deleted. It has something to do with the ability to access it.

●       Go to SETTINGS, the PERMALINKS.
●       From there, just click SAVE CHANGES. You don’t have to change anything. It will change the settings and flush the rewrite rules just by clicking on SAVE CHANGES.

These are the most common issues that you’ll bump into while building your website. They’re all pretty easy to fix. In the moment, when you're tired and just want the thing to be finished, these errors may seem like a massive mountain. All you need to do is step back, take a deep breath, and see it for the molehill that it really is. Afterwards, you can go back to enjoying your website build.
By Syndicated Maps at 4/17/2012