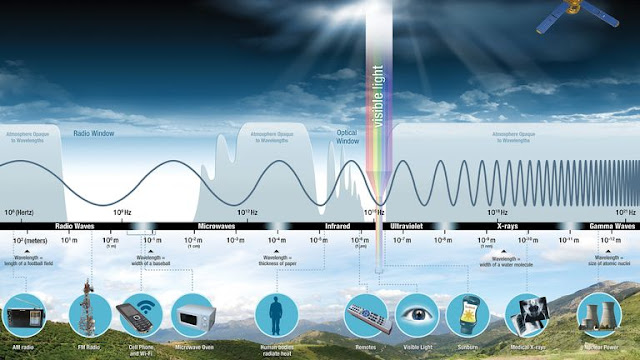 5G is the 5th generation of wireless technology, a significant evolution of today’s 4G LTE wireless networks. 5G will provide the infrastructure to allow for more data and connectivity, the Internet of things with billions of connected devices, and tomorrow’s innovations in various fields such as healthcare, public safety, transportation, agriculture, and smart cities. 5G will operate in both the lower frequency spectrum (below 6 GHz) as well as at higher frequencies called the millimeter wave spectrum (above 6 GHz). 5G should not be confused with Wi-Fi operated in the 5 GHz frequency band as they are different wireless technologies.

Cellphones and other wireless devices have been emitting more radiation than ever in recent years.  There are lots of differing opinions, yet the mobile phone industry is actively trying to confuse and mislead consumers about the health risks of 5G radiation to ensure that their health concerns are addressed, leading some to conclude that 5g is not dangerous. Meanwhile, the Australian Radiation Protection Agency (ARPANSA) says there is no evidence of a health risk from the radio waves used by the 5G network. This will lead you to believe that the radiation emitted by 5G networks is safe.

It is important to note that 5G-enabled smartphones still meet the security limits and standards of the Federal Communications Commission (FCC), which the FDA has informed. The FDA is working to ensure that radiation from electronic devices such as mobile phones is safe for the public. CTIA says the FCC is developing new guidelines for phones and other devices that would use the 5G ether. This new directive is intended to provide guidance on the high frequencies used by the upcoming 5G technology and on the potential health risks.

The mainstay of 5G technology will be the use of higher frequencies than those currently used in mobile phones, tablets, laptops, and other mobile devices. Although 5G technology can be used, the power of these high frequencies is still being absorbed by existing mobile technologies.

So it seems that the environmental radiation that 5G radio technology will generate could be potentially harmful. I tend to side with the view that radiation is not a major danger, but I must also ask myself what the impact will be if the frequency range we are exposed to increases tenfold. This means that not only are we launching a new generation of mobile phones, tablets, laptops, and other mobile devices that are now also exposed to higher frequencies than their predecessors, but they are also more likely to be exposed to high-radiation areas such as air.

As recently as February, US Senator Richard Blumenthal criticized the FCC and FDA for insufficient research into the potential risks of 5G. Moreover, the American Cancer Society concluded that most studies that explore the negative effects of cellular RF radiation have failed to link it to tumor development. Millimeter waves may sound scary, but there is no reason at this stage to believe that a 5G network is dangerous. As the NTP study shows, research into radiation risks is still difficult and often inconclusive, which means that real progress can take a long time. So far, studies do not show that 5 g of millimeter-wave poses a significant health risk; moreover, 2 g and 3 g differ in many aspects from 5 g.

Millimeter waves may sound scary, but there is currently no reason to believe that high-dose wireless communications technology could be harmful. The biggest 5G concerns in the US tend to be about the high-bandwidth 5G, and these two studies deny that 5G is dangerous, nor are they conclusive. But even if 5G were dangerous, it would not necessarily cause cancer or heart disease.
The FDA has investigated these issues thoroughly and determined that mobile phones are safe, and set safe limits on radio emission performance just to be particularly safe.

It is important to be aware that 5G wireless technology is a form of non-ionizing radiation and, from a theoretical point of view, there is absolutely no reason to fear the impact of radiation exposure from 5G wireless technologies on human health. In short, 5G broadcasts are out of date today and there has been no change in safety standards for the technology, despite the fact that it has led to increased exposure to radioactivity and radiation.

The ICNIRP guidelines for RF / EMF take into account all the above considerations and protect against possible health effects associated with exposure to RF / EMF. 5G radio waves are not ionizing EMFs, so exposure will not damage the DNA of the cells or increase the likelihood of developing cancer.

Is it safe to say that technology exceeds the millimeter range, or is it safer to say that it exceeds that range? If so, does that mean that 5g is not safe, even if it falls below the current safe limits? Does it mean that its radiation emissions are within current health risks such as cancer and heart disease?

One reason 5G is controversial is that it will be virtually impossible to avoid constant bombardment by radiofrequency radiation. RF falls within scientifically proven safe limits, but not within current health risks such as cancer and heart disease.
By Syndicated Maps at 9/03/2020