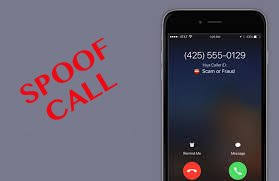 The FCC reports that more than $3 billion a year could be saved by cracking down on robocalls, adding that fraudulent robocalls have cost Americans about $10 billion annually.

The FCC ordered telephone companies earlier this year to introduce new technologies for caller ID authentication by June 2021. The FCC is now clarifying, stating that carriers should not charge surprise fees for caller ID features to customers.

The modern technology, known as STIR / SHAKEN, enables phone companies to check that caller ID information actually matches the phone number of the caller. The principle is to curtail the use of "spoofing," where phone calls are concealed and made to appear like a credible or trustworthy source is coming from.

In order to be able to incorporate the STIR / SHAKEN technology, the FCC needs phone companies to update their networks if necessary. At the June 2021 deadline, the FCC will include some "tiny extensions" for small businesses that are unable to upgrade on time.

STIR / SHAKEN 's widespread introduction would decrease the efficacy of illegal spoofing, make it easier for law enforcement to detect bad actors, and help telephone companies recognize and even block calls with illegal spoofed caller ID information until their customers enter those calls. Most importantly, when they answer the telephone, it will give consumers more peace of mind, ”FCC Chairman Ajit Pai said in a statement.

What Does STIR/SHAKEN Mean?

STIR/SHAKEN is a framework of interconnected standards. STIR/SHAKEN are acronyms for the Secure Telephone Identity Revisited (STIR) and Signature-based Handling of Asserted Information Using Tokens (SHAKEN) standards. This means that calls traveling through interconnected phone networks would have their caller ID "signed" as legitimate by originating carriers and validated by other carriers before reaching consumers. STIR/SHAKEN digitally validates the handoff of phone calls passing through the complex web of networks, allowing the phone company of the consumer to receive the call to verify that a call is in fact from the number displayed on Caller ID.

How to prevent spam phone calls on iPhone?