Smartphones And Their Usage In America 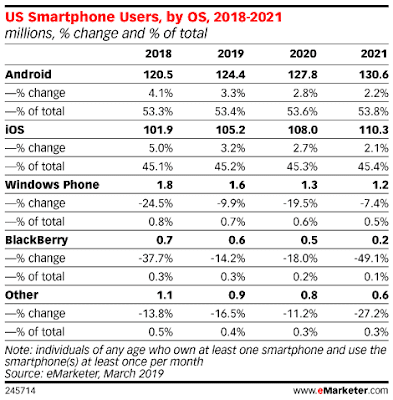 Interesting Facts About Smartphone Usage In The United States

Just like in the rest of the world, smartphones are an integral part of daily life in the United States. Smartphones influence the way people communicate, research, and share information in both their personal and professional capacity. Recently, the Pew Research Center, has conducted some surveys to determine just how people in the United States are using their phones. Here are some interesting findings from their reports:

Three-quarters of adults living in the United States own a cell phone. This figure is up from just 35% in 2011. What this means is that the mobile phone has been one of the most adopted forms of technology in recent history. As expected, the younger generation is much more likely to own a cell phone, with 92% of adults aged between 18 and 29 years old owning a device. In addition, 51% of homes with young adults include three or more devices. Of the adults aged 65 and older on the other hand, only 42% own a mobile phone.

3.  A growing reliance on smartphones

Studies show that there has been a growing reliance on smartphones in the United States. 12% of Americans rely on their smartphone only to access the internet. This is particularly the case with lower-income families. 55% of Americans also subscribe to news alerts on their phones, while 30% have attended an educational course using their phone. 89% of American phone users also said they have used their phones in a social setting.

However, despite this growing reliance on phones, 28% of Americans do not use the safety devices on their phones, such as screen lock. Also, 14% of users say they never update their phone, while 40% say they only do updates when it is convenient for them. 46% of smartphone owners also believed that if necessary, their device is something they could live without.