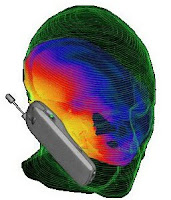 Studies are inconclusive about the effect of radiation from cell phones. Tawkon shows you when you're OK to talk on and how to minimize your exposure to mobile phone radiation just when you need to. Tawkon is the only application that recognizes when radiation exposure has increased, alerts you when radiation levels cross a predefined threshold, and provides simple, non-intrusive suggestions to reduce exposure to radiation. Suggestions are based on your real time environment and usage factors.

Mobile phones allow communication from any location via a network of base stations (cellular antennas). Information is transmitted from the mobile phone to the base station and vice versa via high-frequency electromagnetic fields.  Radiation intensity is greatest close to its source (the mobile phone's antenna) and decreases sharply with distance from the phone.  The intensity of cellular (non-ionizing) radiation exposure during a call depends on various factors:

A mobile phone emits less radiation when connection quality is good than when it is poor.
The proportion of radiation absorbed by the human body when making a call varies according to: 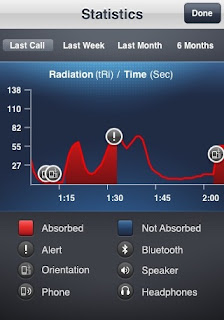