iPhone: Has it Jumped the Shark? 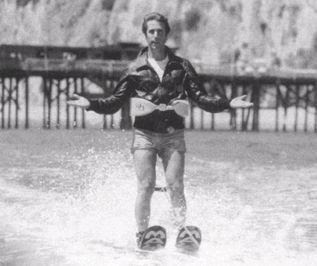 Google Android is capturing a larger and larger market share and has Apple nervous.  This raises the question: Has the iPhone lost its momentum with developers and peaked with users?

Many people are obviously upset with the cozy AT&T relationship and lack of transparency about coverage and ways to improve it.  Dropped calls, dead zones and data congestion has frustrated just about every iPhone user.  Android is available on many US carriers and not just limited to one carrier (AT&T) unlike Apple.

Market research firm NPD showed that Android phones had outsold iPhones in the first quarter of 2010. Google's operating system accounted for 28 percent of U.S. smartphone sales, versus 21 percent for the iPhone OS. RIM retained the lead, however: BlackBerry phones captured 36 percent of the market.

Developers may be switching to Android which is another reason it may be losing its edge. The iPhone's appeal is typically attributed to the thousands of applications available in the App Store. However, Apple's controlling nature has frustrated developers. Its inconsistent App Store rules mean that applications can be rejected for all manner of reasons, creating a strong disincentive to develop on the platform.

Google entered the mobile software market late with its Android offering but is light years ahead with its advertising platform. Google’s initial efforts were a pale imitation of the iPhone OS, a clunky user experience on sub-par handsets.  However, it has stepped up a number of efforts to compete and most importantly a sustainable revenue model for developers.  Advertising!