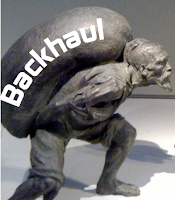 There is a lot of “name pollution” in the wireless market, making it difficult to draw the line between picocell and femtocell. However, Public Wireless has invented a new economical approach to leveraging their experience in outdoor wireless to reduce back-haul costs for small cell sites.   Public Wireless is a new US company pioneering the use of Ubiquisys femtocells  – providing coverage and capacity where cell towers wouldn’t otherwise be viable.

This approach gives them at least as great as a macrocell, but much cheaper in backhaul terms. This is because it uses virtually any available IP transport layer (DSL/Cable/Fiber/Microwave) over existing fiber, coaxial or copper wires, rather than needing a newly constructed and/or dedicated connection to each and every site, such as with outdoor DAS installations.

There are three classes of these small cell sites which our products address:

1. Coverage, in areas where it’s not been possible to get zoning permission or planning permission to erect a cell tower from the local authority. They install a site unobtrusively within a short period of time that doesn’t require the same levels of special permission.

2. Macro Sector Off-load, in areas where there are hotspots of data congestion in a large cell area that adversely affect the rest of the coverage area. An example would be a student dormitory, which can be offloaded to a local hotspot. This allows the students much better throughput and the macrocell users get better service.

3. Data Capacity, providing a mesh of small cell sites which give enormous data capacity in urban areas at a higher backhaul density and a higher data throughput.

Read more at ThinkFemtocell.com
By Syndicated Maps at 5/17/2010