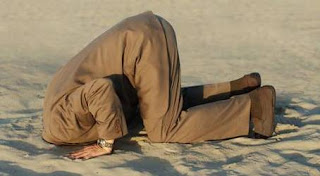 
Would AT&T, Verizon, T-Mobile and Sprint really be subject to many lawsuits if they admitted their problems?  We have collected thousands of complaints from customers who I think would rather see more transparency than continued denial of truth.  Why not accept complaints publicly through a third party auditing service like Deadcellzones.com and give feedback to the customer what might be done to solve their problem?  It seems pretty simple to me and this is what I have been preaching for years.  I am amazed that I am still discussing this issue in 2010 after I started the web site almost 10 years ago and hundreds of thousands of complaints later.

I hate the economics of class-action lawsuits, but this issue probably one (failure to provide promised service under long term contracts) that could get a lot of consumer interest if coverage continues to get worse.  If a carrier can’t provide network coverage as prescribed (dropped calls, dead zones, data congestion), then they should let me take my phone to a different carrier or give me a refund.

We have offered to give our entire database to the carriers and the FCC many times and continue to be ignored at the highest level.  However, we are not being ignored completely as we see wireless operator IP addresses on the web site everyday.  So they are looking at our data just not acknowledging it publicly.  We hope this changes soon as our maps get wider distribution through mainstream retail and as the rural smaller carriers try and capitalize on the weaknesses of their biggest competitors.
By Syndicated Maps at 5/24/2010