AT&T Smashes "All You Can Eat" Data Plans 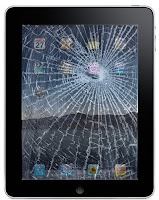 Another Reason Not to Buy AT&T's 3G iPad . . .
In time for the widely expected launch of a new 4G iPhone model, AT&T is pulling in the reins on data usage by its customers with smartphones, iPhones & iPads.  AT&T wireless chief Ralph de la Vega has said the carrier is battling congestion in New York and San Francisco as a surge in smartphone use has clogged its network. Customers who use the iPhone, which is sold exclusively through AT&T in the U.S., consume seven times the bandwidth of typical mobile phones.

AT&T the largest U.S. phone company, is offering new wireless data plans as it struggles to meet surging demand for data-hungry devices like Apple Inc.’s iPhone on its network.  AT&T will offer a basic 200-megabyte plan for $15 a month, and a 2-gigabyte package at $25 that includes 10 times as much data. The 2-gigabyte plan replaces an existing $29.99 plan for iPad customers, which has no limit on data usage. If you exceed 2 GB, you'll get an additional 1 GB of data for only $10. Each time an additional 1 GB is used up during a cycle, you will automatically receive another 1 GB at the same "low price".  Old unlimited plans will be grandfathered as long as you don't make any changes to your contract.  So old unlimited data plans won't last long for most.

Virtually all AT&T smartphones come with Wi-Fi, which is consistently faster and can be used in the home, at the office, or elsewhere when available without counting against AT&T monthly data usage total. Be careful because 1 or 2 HD movies can use up your whole data plan if you download over their network and not Wi-Fi.  AT&T also offers unlimited usage at more than 20,000 AT&T Hot Spots at no additional charge to a smartphone, netbook, and laptop customers with qualifying data plans.

All you can eat data cap arrives at a time when they started to lift the limits on other forms of wireless use, by selling plans with unlimited calling and unlimited text messaging. That's not a big gamble, because not many people have the time to talk phone for eight hours a day or spend every waking minute sending text messages. But smartphones can draw a lot of data, depending on where and how they're used. With the new plans, de la Vega hopes to see high-consumption applications like Internet video being steered toward hot spots, where they don't clog up AT&T's cellular network.

I suspect there are some smarter companies like Google who will take advantage of this short-sighted move and try and arbitrage these data charges with location-based advertising.  I have always been a proponent of advertising companies that subsidize usage by selling high CPM advertising that will monetize at a higher rate than the subscription data plans proposed here.  AT&T obviously lacks all competency in location-based advertising otherwise they would not have proposed this plan which pushes the blame and does not promote innovation.  AT&T Press Release & AT&T Data Plans