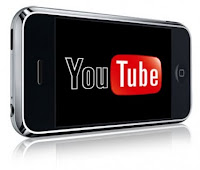 Oops . . .  it is probably not a smart idea to "call out" a technology genius (Google) who is about to make your life a lot more difficult as a competitor.  At the D8 Conference, Steve Burke (Comcast, COO) dismissed Google TV as a competitive threat because they think it requires a huge cable infrastructure (YouTube + Wi-Fi) and consumers still want to subscribe to 200+ channels.  Do they really still believe this when there are no barriers to distribution with Twitter, Digg, YouTube, Facebook, etc?  Comcast also says their real competitors are the Satellite and Phone Companies and their advantage is their ability to provide lucrative distribution contracts to the publishers/producers.  Watch the video.

Has Comcast lost their minds or do they think they only need to react when they start losing market share?  If this is representative of the mentality that Cox, Cablevision, and Time Warner they are in for a rude awakening as social media becomes their biggest distribution threat.  I still don't understand why consumers can't subscribe to only a few TV stations versus being required to subscribe to hundreds of stations you never watch.  I think Google TV smells blood in the water and will attack the cable companies right at their biggest weakness.  I think cable TV companies are about to experience the same thing that landline phone companies have experienced in the last decade.  Consumers ditched their landlines and opted for cellular and now they might do the same when Google TV hits the market distributing TV over the internet.  The US and Europe are some of the last continents in the world who can't watch TV over the internet or on mobile phones but that could change soon.
Related article:
Free Mobile TV Available Worldwide Except for US & Europe
By Syndicated Maps at 6/02/2010