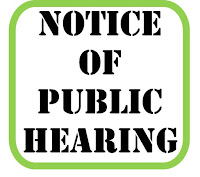 One of the biggest challenges for wireless carriers to improve coverage is to get over the city zoning and objections from local residents.  Most cities will issue a "notice of a public hearing" where neighbors to the property are notified of the proposed cell phone tower or distributed antenna system. Their hearings are typically public where residents are allowed to comment on the tower or the problems in the area. It's not often to see wireless carriers spending up to $40,000 on a zoning hearing to get approval. The process can take upwards of two years in some jurisdictions, and there is no guarantee that approval will be granted.
The carrier must prove to the city that there are issues with coverage in the area and typically hire RF planning engineers to drive test and map the area for cell phone coverage problem areas.  This method of testing only works well if the engineer can simulate all phone problems, for all carriers during all times of the day which is virtually impossible.  Thus, the reason why we created the "Consumer Generated Coverage Map" to allow mobile phone users throughout a city to anonymously submit coverage complaints to a shared public map.  The dead zones dropped calls and data congestion public data can then be used by city planning officials, wireless customers, carriers & engineers as tools to evaluate coverage in a particular area and identify problem areas.  City planning commissioners can simply contact us for a free city summary report.
Over the last 10 years, our data has demonstrated that the following areas often have poor cell phone reception problems due to:
Unless the underlying jurisdiction does not require any zoning at all, most cell towers and DAS antenna sytems must be approved by the local land use office prior to being built. In some cases, this is as easy as applying for a building permit from the building permit office. Many jurisdictions have created more stringent regulations on the placement of cell towers.  Since the Telecommunications Act of 1996 was enacted in the US, local jurisdictions are not allowed to "prohibit" the placement of communication towers. They are allowed to regulate how and where the towers are placed as long as the overall impact is not to preclude wireless service.

As a result, many cities (particularly urban and suburban) have created cell tower ordinances that prescribe how cell towers can be built and sited. Here are some common threads between many ordinances:
Related Stories:
San Francisco Has the Worst AT&T Reception
Distributed Antenna Systems: Challenges and Opportunities
By Syndicated Maps at 7/27/2010