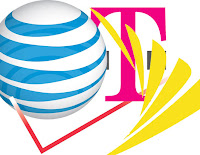 What is more annoying than not being able to reach someone on their cell phone? Dropped calls, dead zones, and network congestion. This is such an important issue and some speculate the coverage has actually gotten worse over the last few years as smartphones start to dominate the network traffic. Leading industry analysts and wireless carriers keep statistics on this matter. Change Wave Research, a leading industry research company in the wireless sector, found that AT&T was the leader in this wireless category with approximately 4.5% of dropped calls in January 2010. We don’t necessarily believe this extent of this recently published research due to AT&T’s network problems and expect to see some more research on this topic in the weeks to come. So, if this so important, what are the top 10 cell phone reception issues?
So, even though these are the majority of the factors that could hamper cell phone connectivity, sometimes, you just have to check to see if you have your antenna operating on your device before you can blame the carriers.

Author: John Shin is a featured writer at a new ask an expert site. Visit Yoexpert.com for more info.
By Syndicated Maps at 7/29/2010