10 Reasons Why Skype Will Make You Rich 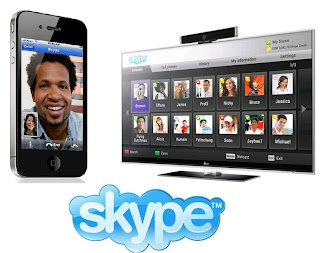 Skype's IPO could be one of the hottest new technology stocks to hit Wall Street since Google's IPO at $100 per share in 2004.  If Skype (now the largest wireless carrier in the world) does in fact do a silent auction IPO (similar to Google's IPO process) and only sells a small portion of the company (< 25%)  I think the stock will fly higher.  Owning shares of the Skype IPO could make you rich and dumping your wireless carrier could save you even more money and make your richer.   Here are 10 reasons why this could be one of the most exciting and disruptive companies to big telecom over the next decade.  The day of reckoning may soon be here . . .


#1 - Making quality 3G phone calls over AT&T, Verizon, Sprint & T-Mobile is impossible.  It is a rarity these days when my call doesn't drop in the first few seconds or on a call.  The carrier networks are just horrible and do not work and the problem is only getting worse.

#2 - If you have ever used Skype to make international phone calls you know just how special and unique the service is.  The voice and video quality is tremendous.  I am always perplexed why the same video quality experience can't be achieved when make Skype calls inside the US.  I say it's big telecom technical shenanigans screwing with VoIP packets across the network.

#3 - The service is currently FREE for Skype to Skype calls.  As soon as this company is public the shareholders will likely demand more profits and demand the company expand its advertising capabilities for its free users.  Personally, I don't really care because Google did the same thing and I think their search advertising is highly relevant.

#4 - Making Skype to any phone line is dirt cheap and will likely soon be free as well as soon as their advertising CPMs are high enough to pull the 2 cents per minute rates.

#6 - Skype's annual revenue will near $1B next year even though only 6% of their customers are paying for minutes according to Tech Crunch.  Skype is wildly underpricing the value of their service and yet most consumers continue to pay their wireless carrier $50 per month or $600 per year.

#7 - US wireless carriers are still hawking prepaid data plans where minutes expire.  This is a complete scam and will likely be disrupted in the coming years as consumers and businesses get smart.  Pay as you go and advertising-based plans could save most users thousands of dollars per year.

#8 - Every smartphone will soon have a front-end video camera and some time of Skype or Google Voice software client on the phone eventually.   With Google Voice gaining steam this will only continue to educate consumers that VoIP phone calls over Wifi is the only way to make calls.

#9 - US wireless carriers are investing billions of dollars to build out 4G, LTE, WiMAX networks when more like more than 50%+ of phone calls are made indoors.   Wifi is still the best solution to connect through Skype to VoIP and likely will be for years to come.  Why do you need an expensive voice service?

#10 - Have you ever tried shopping for a phone in Europe or Asia?  Well, guess what you get to pick the wireless service FIRST and then the carrier.  Sounds backward doesn't it having to chose the iPhone being locked into AT&T.  Consumers are tired of cell phones being tied to specific carriers and want a standard platform where all phones work on all carriers. No more contracts and horrible wireless service carriers who's only value is lining the pocketbooks of shareholders with huge dividends.  Skype's service and Android operating system may soon have the power, scale and leverage to make this happen throughout the world with a Skype Phone.
By Syndicated Maps at 8/19/2010