How to Avoid Early Termination Fees 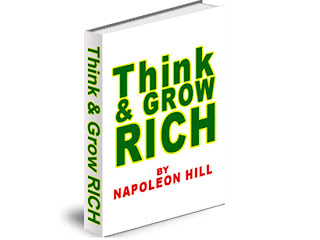 Buy your phone outright without any subsidy and unlock it. It's that simple! However, if you are already in a contract and need some help read these two posts that will help you get some ideas on how to get out of a contract & how to drop early termination fees if you already purchased the phone.

Savvy smartphone users are among the most likely to leave their current carrier. According to a recent survey, 31% of U.S. consumers are ready to switch wireless providers. Some may even want to dump their carriers entirely and use their Gmail, Google Voice services in the cloud for almost free. Early termination fees are rising and carrier loyalty is fragile at best. Prior to the rise of smartphones, carrier loyalty has been tied more to network coverage and for many it still is. Consumers don’t want to worry about signal strength or proximity to a cellular tower in order to use a phone in their home or at the office.

The carriers realize that customer loyalty is not what it used to be in this age of cloud computing and Wi-Fi VoIP. So what do they do to keep their customers? Make you think they have been upgrading their networks with faster data services and new cloud syncing services. Now that smartphones are available on all the major U.S. carriers contracts or hand-cuffs have become the discussion more than the service. The carriers have answered this with higher termination fees.

Verizon was first this year, doubling the cost to get out of a contract from $350 from $175 on smartphones. AT&T followed suit by boosting its termination fee to $325, adding a higher exit barrier for consumers who want to leave the carrier. Increased upfront hardware subsidy costs at the time of purchase are the excuses given to the media but that is a lie since phone prices from the manufacture have actually decreased not doubled.

My advice to carriers if they want to keep their customers happy is pretty simple. Don’t raise the barriers for customers to leave your network by increasing termination costs. Why not let your service speak for itself by providing better coverage at a reasonable price. Consumers are becoming more phone savvy all the time and they can solve most of the problems themselves with WiFi.