Why All Android Phones Are Not The Same 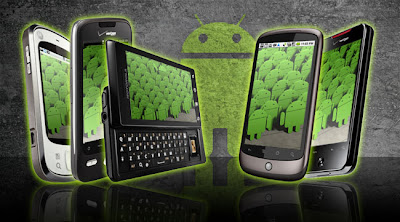 Android is a unique mobile phone operating system that any handset maker can use and modify. It has allowed manufacturers like HTC, Motorola, Sony, LG & Samsung to create a whole range of smartphones that run on its platform. However, consumers can also get very confused when shopping for these new phones and cannot assume that all phones that have Android are created equal. Unfortunately, I have learned firsthand that a phone with the Android OS doesn't automatically have all features I love. As an example here are 10 reasons why I may be returning my Samsung Vibrant for a G2 phone and both have the Android operating system.

Despite the Samsung Vibrant having a large beautiful screen and very fast processor, the phone has some software and ergonomic issues that I could not get fully comfortable with. The Vibrant is tremendously light, great media features and feels much better than the iPhone 4 but ultimately I think I am such a heavy Google user that I need the tightest integration with Google apps and therefore G2 is probably the best phone for me.

1. The GPS and interaction with Google Maps is not good. Not sure if it is a hardware or software issue and had a difficult time finding my location and using navigation. The G1 did not have this problem.

2. I don't like the hassle of a 2 step process of hitting the power button and swiping the screen up to use the phone when its dormant. Don't know how to remove or modify this process that seems necessary.

3. The lack of tight integration with Google Calendar and Maps creates some extra steps when using the phone. The lack of IM, Call and Email integration doesn't not make communicating with people as easy as the G1 and assume G2.

4. The Samsung Vibrant HD video and camera features were very nice and probably the think I liked the most about the phone. However, some of the navigation features within the media Gallery and integration with Picasa where not straight forward and kind of clunky. Each time my phone starts up it has to search for media files.

5. Holding the phone with one hand is not as easy as the G1 or G2 and requires an extra hand sometimes for touching areas on the screen. A long thumb is necessary for users to get comfortable with one hand.

6. Battery life was not very good and seems to only last about 6 hours without needed a long charge especially on WiFi. The G1 seemed to charge quickly and last a lot longer and and hope the G2 does the same.

7. Playing Avatar or videos from my phone on the TV through the Samsung Allshare App on my home FiOS network was kind of a scam. Pictures worked great but playing videos did not work and got bogged down by the file size. Plus Avatar was not available in 3D.  I hope the G2 has a networking feature like this or an app available soon.

8. I loved the amount of space available on the device but I felt like a lot of the apps that were preloaded seem to interfere with the apps I downloaded. TeleNav, MediaHub, GoGo, MobiTV, ThinkFree office, Visual Voicemail, Amazon MP3. Its not clear how to keep these apps dormant on the device so they don't load on startup.

9. I never felt like I was running out of memory but Advanced Task Killer kept killing 10 to 15 apps every hour. This lack of app loading control is not something I like.  The G1 did not have this problem.

10. I kind of miss using the trackball and keyboard to navigate around the screen to links and type. It's useful when trying to click on links and edit text. However, I think the Swipe feature for one-handed typing is awesome!

Hopefully, these 30-day return policies stay valid for carriers who sell Android phones.  These features have not been differentiated very well by the carriers and the salespeople are not very knowledgeable about the differences I mentioned above.