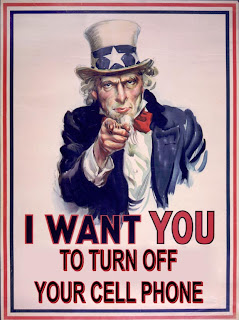 Republicans Think "Not All Internet Traffic Should NOT be Treated Equal"
Are Republicans being hypocritical or are they just uninformed?  Do Republicans know what is Net Neutrality?  Do they realize the US is behind the curve on wireless compared to the rest of the World?  All this lobbying and protectionism is coming from the same big businesses who were lobbying to ban cell phone signal boosters?  I am a very conservative person but the Republicans have it extremely wrong on this topic and are only thinking about their lobbyist pocketbooks on this topic.  Where is Rush Limbaugh when you need him to clean up the air on this topic?

It surprises me that one of the largest proponents of free markets in business is opposed to free markets on the internet.  Net neutrality is the basis for all entrepreneurs being able to thrive creating their business on the internet.  I think what Republicans are doing is simply listening to lobbyists from AT&T, Verizon, Comcast, and other cable operators who are against net neutrality for obvious reasons.  Net Neutrality limits carriers and internet providers' control of the dumb pipes and gives them the ability to grant special access and preferential download speeds to certain content.  Therefore, giving more control to big business.  Is this what free markets are all about?  The internet is about freedom of information and the republicans want to control it.

"We're simply saying that certain conduct by the companies that do control access to the Internet aren't consistent with Internet freedom and shouldn't be permitted," said FCC Chairman Julius Genachowski.  Republicans of the House of Representatives are calling on the FCC Federal Communications Commission to rescind its network neutrality order from last year. The Democratic majority at the FCC has defended the rules as needed because the Internet has traditionally functioned without gatekeepers, noted Representative Mike Rogers, a Michigan Republican. "Aren't you merely making the government the gatekeeper in this particular case?"
By Syndicated Maps at 2/17/2011