So you think the merger of AT&T and T-Mobile is fair?  Have a look at the stock performance of Sprint, AT&T and T-Mobile over the last 10 years.  If you invested $10,000 into Sprint 10 years ago you would have approximately $3,300 left.  However, if you invested in Verizon and AT&T over the last decade you would have a whopping $14,000 with 5% dividend accumulation minus a slight decline in the value of the stock.  Sprint's stock is down approximately 77% over the last decade where Verizon and AT&T are only down 25% and 18% in value. However, with Verizon 5% dividend yield and AT&T 5% dividend yield their stocks are up over 40%.  Between these two giant sucking leaches they shell out over $15 billion dollars in dividends per year.  Verizon and AT&T are two of the highest paying dividend stocks on WallStreet.  This a carefully crafted Government and private sector shareholder led ponzi scheme is about to get worse.  Here are more details on why the Department of Justice should oppose the merger. 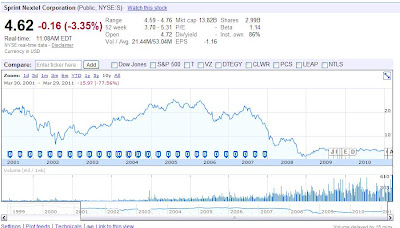 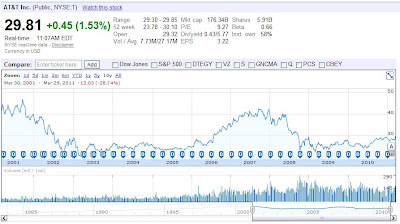 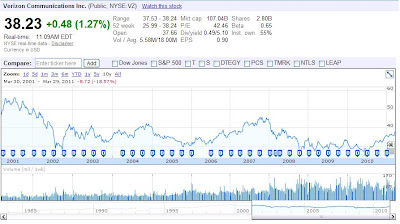