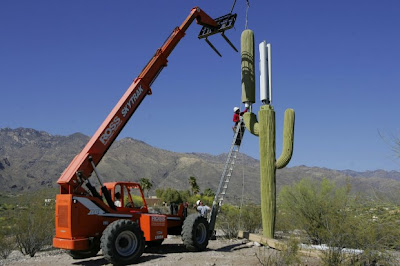 Paradise Valley & Scottsdale city officials, AT&T (NYSE: T), and NewPath Networks a subsidiary of Crown Castle (NYSE: CCI) have added new DAS networks throughout the cities to improve cell service throughout many areas of Phoenix where cell service was previously non-existent. Distributed Antenna System (DAS) was being used instead of cell phone towers which have many benefits.

Crown Castle has been improving coverage outdoors and indoor stadiums.  The DAS provides now has a total of around 350 DAS nodes in the Phoenix area, including in the west valley at the University of Phoenix stadium where the NFL Arizona Cardinals play, and at the Jobing.com Arena where the NHL Phoenix Coyotes play. Other buildouts on the east side of Phoenix contain 200 miles of fiber and 342 DAS nodes as part of the larger Scottsdale and Paradise Valley builds. The Scottsdale DAS network required Crown Castle to put up about 150 faux cactus. The new system in Paradise Valley includes 50 cellular nodes with three on streetlights, two on traffic signals, and 45 in fake (faux) cactus.

Here is another example of a cell tower disguised as a light pole. 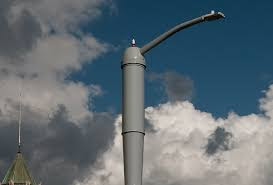