Why Did AT&T Acquire Carrier IQ? 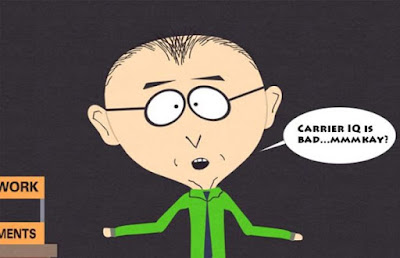 Back in 2011, data collection developer Carrier IQ caused a firestorm of criticism after a security researcher discovered its kernel-level software could be used to track smartphone users without their consent or control. Four years later, the company has been swallowed up by one of the telecoms that used it. TechCrunch reports that AT&T has acquired the assets and some staff from the startup, effectively shutting Carrier IQ down.  It's been over four years since the company's data-logging mobile phone software was revealed, resulting in accusations of privacy violations, lax security, lawsuits both from and against the software maker and its partners, and eventually the removal of Carrier IQ code from phones via security patches. The months-long scandal basically killed Carrier IQ as a company... but now its corporate assets are owned by a carrier AT&T.

The fallout from the Carrier IQ discovery was swift and widespread, foreshadowing the privacy debate that Edward Snowden's NSA leaks would later engender. The tracking software was revealed to be on 150 million smartphones at the time, leading to numerous telcos and handset manufacturers like Apple, HTC, T-Mobile, and Blackberry either admitting to their installing CIQ or categorically denying that they did. Sprint went on to remove the software outright. After the imbroglio, the Mobile Device Privacy Act was introduced in Congress to prevent this exact kind of data collection. However, the legislation never passed.

It sounds like AT&T will continue to use Carrier IQ’s software to troubleshoot wireless signal issues and improve its network. And since Carrier IQ talent is jumping on-board, we can all assume will continue using the technology on AT&T phones.  See articles  Article 2