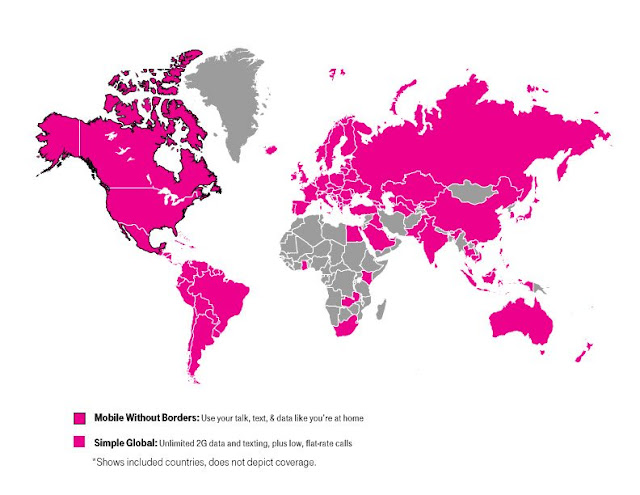 I was traveling in Europe this summer with my family and was very disappointed with the lack of roaming service T-Mobile provided.  For the record, I was using an iPhone 6 that is in perfectly good shape.  I even called T-Mobile before I left on the trip to confirm that international roaming would work in each Country and there was no extra charge.  I even had plenty of data available on my plan.

My first visit was in Oslo, Norway where I began to experience the problems connecting.  I called customer service using a wifi network and they began to troubleshoot asking me to turn off the auto find carrier network and then select manually.  I did this and it worked for about a few minutes until I had to move to another cell tower.  I tried multiple times to reset the phone power and this still didn't solve the problem.  I finally gave up and just used wifi only when I could to send and receive messages.

I visited Greece next and the problem still persisted.  It continually indicated that my phone was on a 3G network but sending and receiving messages was impossible.  I had to connect to a wifi network in Greece as well.

Lastly, I visited Paris, France for a few days, and yes the roaming problem still persisted and I was unable to send and receive messages even though it "said" I was connected to a network.

My wife is a Verizon customer and she didn't have any problems getting her iPhone to connect to a 3G or LTE network in Europe.  She received and sent multiple text messages and received several phone calls.  So I ask you T-Mobile what will you blame your scam on now?  Clearly, this is another bait and switch T-Mobile scam that many other customers have experienced as well based on the multiple social media posts on the topic.

I have been a loyal customer of T-Mobile for over 15 years.  This was the last straw that broke me to now move over to Verizon.  I was so convinced that T-Mobile had more value versus Verizon internationally before I left for the trip but now I am clearly wrong.  Bye-bye T-Mobile you lost me.
By Syndicated Maps at 8/11/2018