Why a Vodafone & Verizon Merger Would Be Great for Customers 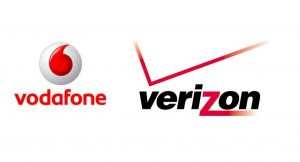 Reports indicated the two companies were holding informal talks about the future of their joint venture, Verizon Wireless, in which Verizon holds a 55 percent stake and Vodafone has the remaining 45 percent. A Bloomberg report, which cited unnamed sources familiar with the matter, said the companies were mulling multiple options including combining the two companies, having one company sell its stake in Verizon Wireless to the other, or paying out a dividend to investors.  Verizon Communications CEO Ivan Seidenberg seemed to scotch the idea of a merger with Vodafone, noting he sees little compelling reason for such a move.   Ivan's translation - "I would like to keep my job."
My speculation is that Vodafone management doesn't agree with Verizon's perceived cozy position in the US market which I think is 5 years behind the technology curve from the rest of the world.  Also, the US business has reached the end of the customer acquisition growth cycle and the FCC is under a new regime.  I think Vodafone would clearly like to see a management shakeup and see a realignment of some priorities.  US Verizon customers want iPhones and femtocells embedded in their FIOS and management has failed to deliver in the last few years.  A combination of the two could certainly help provide some worldwide leverage that Verizon needs with Apple.

Vodafone also has a much more customer-centric focus in Europe where ironically coverage is actually much better than Verizon in the US.  See our post about Vodafone will start advertising Femtocells.  Verizon's management is drinking their own coverage map BS cool-aid and is resistant to femtocells in the US for fear of admission of guilt.  Change is good in telecom and would like to see a shakeup at AT&T next.

Verizon CEO down on Vodafone merger, but open to iPhone - FierceWireless
By Syndicated Maps at 4/06/2010