How to Buy a Femtocell 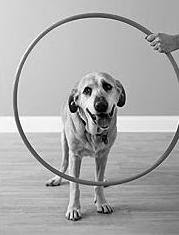 The question of "How to Buy a Femtocell" seems to be a recurring question for our users and US mobile phone customers.  However, when you ask AT&T, Verizon and Sprint when and where you will be able to buy a femtocell they often want you to "jump through hoops" to get one.  We have published two articles that should help you understand that your carrier is thinking of themselves first and don't care about your coverage.  The bottom line is you have to be good at complaining and have documented evidence that coverage is horrible where you live.  Wireless operators just want your money and here are some ways to negotiate with Sprint & AT&T.  How to get a free Sprint 3G femtocell & How to get a free AT&T 3G MicroCell.

Sprint's femtocell Airave is available in most stores and they currently have a 2G (paid) and 3G (free) version.  Don't ask me why?   AT&T launched a 3G femtocell in 2010 and they call it the AT&T femtocell MicroCell.  It can be purchased for $150 plus a data plan.  Verizon has a femtocell that they call the Verizon Wireless Extender but it is only 2G and it sells for $250.   T-Mobile has taken a contrarian route and intends on using Wifi vs. femtocell for improving in-building coverage.  Smart move, if you ask me since Wifi is ubiquitous throughout the world and access, is free and unlicensed.

Femtocells are available in most US cities for AT&T, Sprint & Verizon but not T-Mobile.  As competition intensifies so will free femtocells and subsidies for customers who have suffered from poor in-building coverage.  Femtocells are currently available on a geographic basis and are better off purchased at the store.  However, I expect Best Buy, Radio Shack and Amazon Wireless to get into the game soon and this will likely help educate consumers why and how they can purchase one.

It will be interesting to see what role the cable broadband providers Cox, Comcast, Cablevision and Time Warner have in deploying femtocells since they reside on their network.  Read our post about how Cox Wireless is deploying their own mobile phone service.   Stay tuned as 2010 could be the year where the femtocell industry finally takes off.
By Syndicated Maps at 8/24/2010