We think that the Obama Administration, the FCC and the DOJ have a perfect opportunity to capitalize on an opportunity to gain the trust of millions of T-Mobile & AT&T customers and win votes for the upcoming elections. This administration wants to make an example that 100 lobbyists cannot control politics or buy votes.  This administration hates lobbyists and the old-school way of corrupt business paying off politicians.  AT&T is the largest contributor to Congress and this could be a great "poster child" example of what Obama opposes based on his election speech.  He said in his speech,  "I will oppose and fight corporate corruption".  Here is your chance to hold your promise.

It is no secret that AT&T is also the largest contributor to the Chairman of House Judiciary Committee.  So its going to be a challenge for the Obama administration to block the deal but there are many political and business examples they can use to show how AT&T is buying the votes.  There are also many examples of why its bad for consumers and competition on a national scale and local scale despite AT&T's pitch that there are 5 competitors on a local scale.
AT&T losing the iPhone exclusivity was the first crack in the ice that could send this corporate giant into a death spiral of debt.  The company needs to keep growing in order to service its debt and Ponzi scheme to shareholders.  The company is bleeding customers after losing the iPhone deal and most customers hate the company.  So it doesn't surprise me that AT&T has gone to desperate measures to maintain growth to buy a customer base of discount-paying customers who largely moved away from AT&T over the last ten years.

Here are some maps below of cell phone coverage complaints that Deadcellzones.com has collected over the years.  There is a lot of overlap in the complaints we have received so there will be no net benefit to consumers who are seeking improvements in their local coverage.  It also is widely known that T-Mobile caters to the less affluent crowd and offers discounted plans that are much cheaper than the competition of Verizon and AT&T.  T-Mobile has been gaining market share in the red states as a result.  T-Mobile customers will thank the Obama administration for many years if they can save the average household from paying $500+ more dollars per year.  AT&T will raise prices and that is not good for consumers when the US is already the most expensive wireless Country in the World by far. 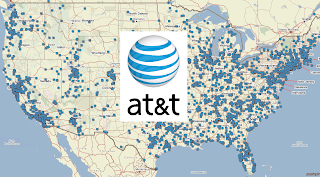 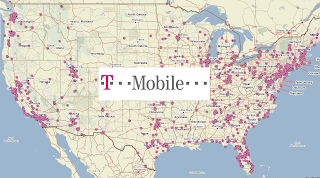 Related Article:
Why Obama Will Ignore AT&T's Corrupt Union
By Syndicated Maps at 3/23/2011