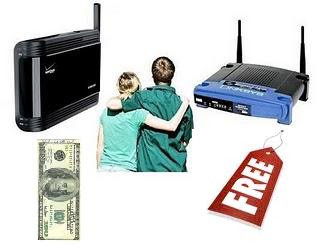 The femtocell industry has been waiting to take off for almost a decade due to slow adoption from the telecom industry and reluctance from cable operators innovate.  It appears as if we are about to "cross the chasm" of growth into the mainstream consumer as the "femtocell" or "microcell" topic becomes more widely understood.  There has long been a healthy debate in the telecom industry if femtocells and Wi-Fi will even coexist as Wi-Fi has become ubiquitous throughout the world and is a viable offloading option for mobile phones. However, as we have all seen by AT&T's iPhone fiasco that control over the voice network seems to be most important as data speeds and capacity get larger and larger.  It also remains to be seen if the cable operators will continue to stick to their stance that Wi-Fi is their solution and they don't intend to purchase femtocells at this time.

Two leading femtocell developers based in the UK have seem to be getting the most traction around the world with carriers and have recently announced new funding rounds.  It is great to see VC's continuing to  fund the operations of these companies who are have been slugging it out for many years.  See our list of femtocell companies funded back in 2008.

Ubiquisys, a UK-based developer of 3G femtocells, has just raised $9 million in new VC funding and a total of $57 million so far.  The new money is going to be used to meet the demand from many carriers testing across the world.  Yasuda Enterprise Development Co. led the round, and was joined by return backers Advent Venture Partners, Accel Partners and Atlas Venture. The latest round comes from a combination of 5 new investors: Continents Consulting Group (5CCG), Yasuda Enterprise Development Co., Advent Ventures , Accel Partners , and Atlas Venture. Ubiquisys, which also has Google (Nasdaq: GOOG) and T-Mobile Venture Funds as strategic investors, has its femtocell technology commercially deployed at SoftBank Corp. in Japan and SFR in France through its systems integrator partner NEC Corp. Rumor has it that AT&T may be announced soon in the US as well.  Read full article on Light Reading.