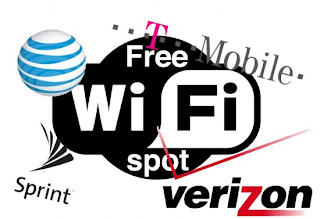 If you are like the typical smartphone and cell phone user you are getting ripped off paying too much for your cell phone service plan.  Why, because the pricing plans are rigged and no matter what you change or remove from your plan you will always be paying $50-$100 per month.  Or worse yet you are overpaying for data and received bill shock. Even worse the carriers try to make it as difficult as possible for you to understand how much data you are using and want you to go over your data limits. Consumers who go over their data plans are not warned and often get shocked when they see their cell phone bill.
I am proposing that every application built on Android, iPhone and Windows be more transparent about whether you want it to access the carrier network or Wifi.  Also, it should track the amount of data it uses on the 3G, 4G, or LTE network.  Mobile apps fear data caps and carriers need to mandate this going forward for each application. Lawyers will be all over this with class-action lawsuits in the future if developers don't take it upon themselves to provide consumers with solutions that help them understand the amount of data they are using.  The most ethical developers will actually measure your usage and then tell you when are reaching a threshold.

If you are the typical consumer you are likely using 50% of your voice minutes, more text messaging and more data.  It's kind of crazy that 70% of your monthly bill is comprised of talk minutes yet you probably use data on the phone 90% of the time.  Another thing that is crazy is that you are likely uploading and downloading most of your data on your home Wifi network.  You are already paying for this data access and your cell phone company does not provide you with any transparency of how much data you are using on the 4G network. 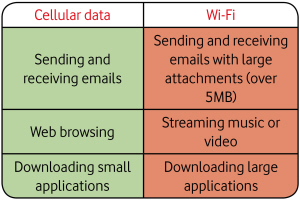 With all of the problems the carriers are having getting their data networks in order.  They should be helping their customers use their 3G and 4G networks less and encourage customers to offload data via WiFi.  I think the future of 3G and 4G or LTE networks will be as a last resort and Wifi will be the standard now that hotspots are growing 5X faster than cell phone towers. AT&T was the first carrier to do this by removing all you can eat plans.

WeFi is a WiFi hotspot location service that works on a netbook, laptop, Symbian and Android platforms. The company helps members find nearby hotspots, complete with maps of their locations. There are also Symbian and Android mobile apps to work with WeFi on the go. The company collects anonymous data from devices that connect to a hotspot via the service, along with general information like how many devices are connected to a particular hotspot. With a population base of over 5 million users and a database of 60 million hotspots globally, the statistics show big changes in Wi-Fi usage. 50% of all Android devices analyzed consumed more than 500 MB of data per month each through Wi-Fi hotspots, and 20 percent of those Android owners flew through more than 2 GB of data over the month. That surprised me to see all of the free Wifi web usage and carriers need to change quickly as AT&T Wifi only has 20,000 free locations and this needs to change quickly for them to keep up. 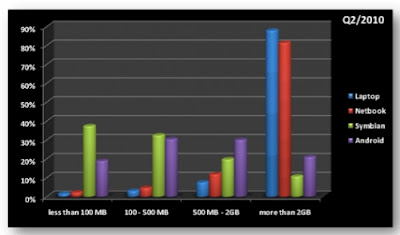