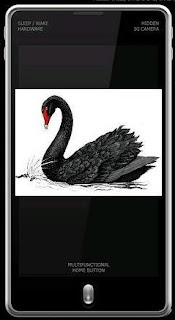 There is a lot of Wall Street concern about AAPL's new iPhone reception problems customers are having. This time AT&T can point the finger back at Apple and say your faulty design is to blame and not our network. Could this become a major issue that will motivate buyers to hold off on making purchases until AAPL corrects the issue or will consumers learn how to hold the phone appropriately to fix the problem? We will see as the early adopters begin to educate and influence the later purchasers. It may start out as a non-major news issue, but it could mushroom as Apple users expect perfection in the form factor of their devices. However, iPhone customers have lived with poor AT&T reception quality for quite some time and this is nothing new for them.


If buyers delay purchases of new phones then this could affect expectations on earnings for the stock. iPhone 4 growth is already embedded into the stock price and any changes to these expectations could have implications for Apple's stock and the markets overall. AAPL represents approximately 20% of the QQQQ's ETF holdings. If you believe that if Apple encounters heavy volume selling you might see the rest of the NASDAQ collapse very quickly along with most other equities. The companies behind the QQQQ index like Google, Qualcomm, Microsoft, Cisco, Research in Motion are being sold off and the index is being supported by Apple's Strength.  See Displaced EMA.  What does this say if and when institutions decide to sell AAPL stock we might see a major downdraft?

The Theory of Black Swan Events is the disproportionate role of high-impact, hard-to-predict, and rare events that are beyond the realm of normal expectations. The unexpected event usually has a large magnitude of consequences.