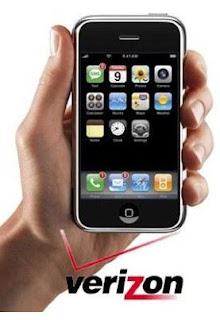 Despite the Verizon hype claiming that the new iPhone 4 would not have the AT&T iPhone 4 antenna issues they are wrong. AT&T unfortunately took the brunt of the blame for the poor antenna launch.  Apple's publicity and marketing spin doctors went into full damage control to remedy the situation with free iPhone bumpers.

Verizon is once again "full of shit" and despite what they told in a press conference last month that they made significant changes in the antenna design. This design included a design for CDMA use and the antenna design would be changed. So once again if you hold your Verizon iPhone 4 like the death hug you could see a significant drop in not just 3G and WiFi.  The only ways to fix Verizon iPhone reception problem is to pinch the phone and hold it in the center or add an iPhone case or bumper to the phone.  Don't hold your phone as you see in the picture on the rights.   For a more detailed explanation on how to fix it watch the video below.