Why, would AT&T's Communication Works of American union support the merger of T-Mobile? Because it represents another $15M per on top of its annual revenue of $500M per year?  Common sense for any free-market employee might be fear that your job might be cut if there was overlap from the acquiring company.  Not AT&T which is a bureaucratic union behemoth that has over 40,000 union employees already.  They will potentially inherit 42,000 of T-Mobile employees which represents an additional $15M per year for their new card-carrying employees.

Larry Cohen the CEO of Communication Workers of America lied to the Senate Judiciary committee and should be investigated.  AT&T's labor union Communication Workers of America which represents almost 700,000 and generates $500 million per year might be the only reason that Obama gives the company a free pass to merge with T-Mobile.  The buzz at CTIA Wireless seems to be that AT&T's enormous union power will be the sole reason that the merger gets approved by Obama's Administration. Why? T-Mobile's 40,000 employees are all non-union employees are working on the free market concept thus one of the reasons customers have below market rate plans. Obama has been known as a huge union supporter and AT&T has one of the largest most corrupt unions on the planet. Look at where all of that money goes?  Private planes, golf, travel, gifts, grants and a lavish lifestyle for anyone who comes into contact with the Union leaders. 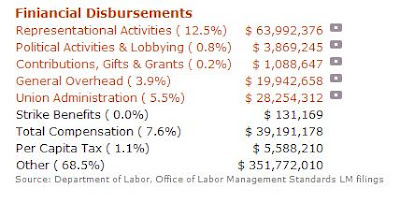 You don't think the CWA union leaders would ever pay them huge salaries at the expense of their employees, would you?  Are these executives paying themselves small salaries and entertaining themselves with activities, private jets, gifts and other a lavish lifestyle. 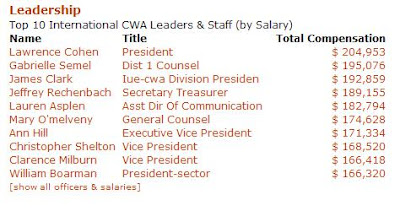 AT&T's union has already put out a press release supporting the merger claiming "T-Mobile USA and AT&T Merger Means Faster and More Widespread Broadband".  You can count on this being the exact opposite of what the Union is claiming.  It will undoubtedly be slower, more expensive and less widespread.  You can count on it.  The company does not care about cutting costs for consumers to save money and bring mobile data prices down to competitive world levels. This is what the Communications Workers of American have done for us in the last decade.  We are falling behind the rest of the World thanks to this corrupt union.  AT&T is a bureaucratic nightmare run like a Government that will never be able to execute on any National Broadband plans because it is too big. 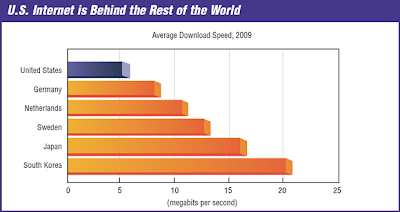 Here is an important quote to note in the labor union press about the AT&T and T-Mobile press release that shows you this company is a pyramid ponzi scheme of executive, employee, union, and shareholder corruption and does not care about its customers.


AT&T will mean better employment security and a management record of full neutrality toward union membership and a bargaining voice. For T-Mobile USA workers who want a voice in their workplace, this acquisition can provide a fresh start with T-Mobile management. Some 42,000 ATT mobility employees are union represented.

Related Stories:
Block the AT&T & T-Mobile Merger
Google & Facebook Agree On One Thing
AT&T is the Top Donor to Congress
Obama Will Oppose AT&T T-Mobile Merger
AT&T is the Largest Donor to House Judiciary Chairman Lamar Smith
Why Did AT&T Oppose the Sprint, Clearwire Merger in 2008?
Jim Cramer: Department of Justice Should Not Approve AT&T T-Mobile Deal
By Syndicated Maps at 3/24/2011