How is Verizon's Network Handling the iPhone? 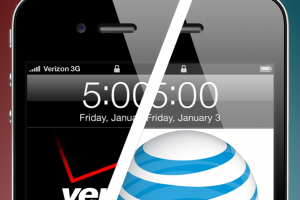 We have started to receive a lot more dropped call and dead zone complaints from Verizon Wireless customers this year now that Verizon has iPhone running on its network.  The Verizon wireless coverage problems seem to be occurring more on the East Coast vs the West Coast. See our Verizon Dead Zones Map.

It also seems a little hypocritical of AT&T and Verizon  to be offloading data on the iPhone to WiFi when you are paying for expensive and overpriced 3G data plans.   WiFi is free and smart consumers are going to need to learn how to live without 3G and 4G in the future because the networks will never be able to handle the traffic.  Wireless armageddon is coming in 2012 and the only solution is more open WiFi networks distributing the traffic.

Verizon's CDMA iPhone only works on 3G is has been reported to be much slower than the AT&T network.   Verizon's iPhone is at a disadvantage because it accesses Verizon’s EV-DO  network, which tops out at 3.1 mbps down, while the AT&T iPhone is capable of hitting 7.2 down on AT&T’s HSDPA network.  I
By Syndicated Maps at 5/20/2011