WiFi vs 3G in NYC 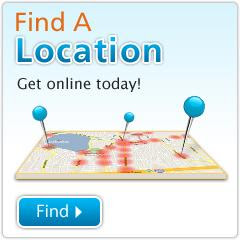 How To Find A Cablevision / Optimum Wifi Hotspot in NYC?
Report WiFi Dead Zones
NYC residents have been plagued with some of the worst cell phone coverage in the nation due to the density of the population.  AT&T Wireless has been bruised by the media and its customers for horrible 3G coverage in the city with customers experience many dropped calls and data congestion.  Well, now the cable companies are touting Wifi as a viable alternative to 3G but we have some questions:  How convenient is it connecting to Optimum's WiFi in a shopping mall, on streets, train stations, parks, marinas, and sports complexes?  Is as ubiquitous as 3G in NYC?  What are the data speeds?  Can Optimum handle lots of simultaneous customers at a NY Nicks game inside Madison Square Garden or at a Yankees game?

New York Cablevision customers can now get online at Optimum Wifi locations Search the Map  Cablevision is revamping its advertising attacks on Verizon and AT&T in the NY metro area. It wants to try and showcase how much better the Cablevision's WiFi network is against their 3G networks.  The large cable operator is running new ads that compare the sluggish 3G wireless networks with its own Wi-Fi networks that are free to its customers.  Cablevision touts Wi-Fi as being twice as fast as the 3G networks and 3 million Cablevision customers are accessing the Wi-Fi network per month at thousands of hotspots. Below are two of the TV advertisements.
Related Stories
Cable Operators Want to Own Local Wifi
Report Wifi Dead Zones
By Syndicated Maps at 6/14/2010