Where is Verizon Expanding Network Coverage? 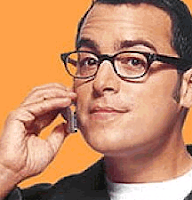 What does this really mean for customers?  Is Verizon filling coverage gaps in areas where they previously have claimed to have coverage on their maps?  Is Verizon Wireless expanding network capacity to provide better data for its' customers?  Are they putting up new cell phone towers, adding wifi or allowing customers to finally use femtocells?

Carriers are sending out noisy press releases claiming to expand their network coverage in areas throughout the US.  Here is a great example of a press release that is just a waste of time, resources, money and effort.  Verizon Wireless Expands Network Coverage in New Jersey With New Ramtown Cell Site.  This press release is trying to convey a message to their customers explaining that they are adding one new cell phone tower in the state of New Jersey.  Do they really need to do a National press release explaining this to their 92 million customers?   This is a complete waste of time resources, money and just hype that is press release noise.  Here is a suggestion of how to better use your resources and make your media department convey a message that is useful to more people.

I have a suggestion for you Verizon Wireless.  Why don't you provide more transparency about where you are expanding coverage on a daily basis on a beautiful coverage map like we do on our Verizon coverage map (below)?  Is it because you want to make it virtually impossible for media and consumer advocacy groups like Deadcellzones.com to audit your coverage claims and expansion progress?  Your press hype is ridiculous and your lack of clarity of where you are expanding coverage is too confusing for any Verizon customer to understand the value of your daily regional press releases. 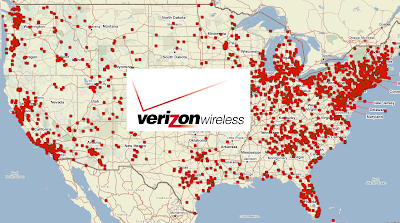 Here is a suggestion.  Provide a map of where you are expanding coverage would allow customers, employees, service providers, consumer groups and cell phone tower operators to understand where you have invested your resources to improve capacity and connectivity.   Your Verizon coverage maps are completely worthless to the average consumer now that dropped calls and data congestion are more common than it was ten years ago in 2000.  Your senior management team needs to wake up and stop be paranoid about your competition because your lack of clarity and transparency is appalling.