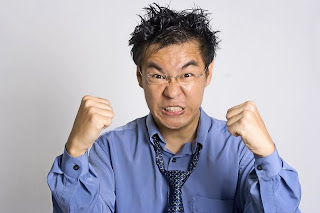 I have started receiving numerous emails from frustrated AT&T Wireless customers about their new MicroCell (aka Mini Cell Phone Tower or Femtocell for your home). Thousands of frustrated AT&T Wireless customers are starting to emerge who have been tricked into buying the MicroCell for $150 that does not work in some areas. We want to find out where?

As we have seen in the past the only way to get the attention of the telecom giant is to complain about service as a group.  Think of Deadcellzones.com as the Groupon of complaints about cell phone coverage and poor service.  Here are some sample emails I have received from customers around the US.  Please send me your emails or post your experiences in the comments section below.

From a San Diego AT&T Customer - "I found your website after fighting on the phone with AT&T about their coverage here at my house located at ______, San Diego Ca 92117. Started having problems with my iPhone for the past 3 months.  I called AT&T and they told me to go buy one of their cell phone reception boosters for $150.00! So now I paid them $160.00+ tax for service + a monthly fee that doesn't work.  Is there a problem with the AT&T network because my TV provides is AT&T U-Verse as well? Sorry for the rant but I am livid, anyways you can add that address to your map."

From a San Francisco Customer - "I love your website because it gives me the ability to vent my frustration with AT&T's ineptitude and overhyped coverage.  I live in the city and would like to use my iPhone at home but AT&T's network is always congested near my apartment.  I went out and purchased the AT&T MicroCell and currently, I am very disappointed with the amount of dropped calls.  It seems like the macro network is looking to interfere with the microcell network and they are fighting for control.  What will fix the problem because I am thinking about going back to Wi-Fi and Skype for voice."