Together We Save T-Mobile From Disaster 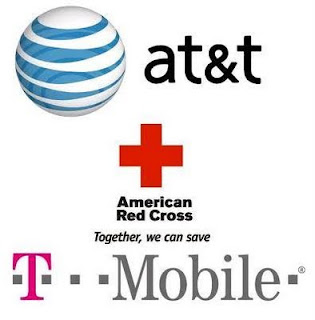 AT&T’s takeover of T-Mobile is a disaster. It stifles choice and innovation in the market, and will lead to higher prices and fewer jobs nationwide. Take action to protect all mobile users from this deal. Sign the the pledge and read below about the False Statements Made By AT&T.

False Statement:  AT&T says the T-Mobile takeover "strengthens and expands U.S. mobile broadband infrastructure," and that it helps us "achieve policymaker goals of deploying broadband to 95 percent of the country, including smaller, rural communities."

Reality: According to recent Commerce Department data, wireless services are already available to 95 percent of Americans. If this merger goes through, analysts speculate that AT&T will decommission upwards of 40,000 wireless towers, reducing the quality of coverage for hundreds of thousands of Americans.  This is why cell tower stocks are tanking.

Reality: That figure is highly misleading. While the cost to consumers for voice services has dropped, the sum total of charges on mobile phone bills has dramatically increased. Added costs include spiraling rates for texting and data services as well as hidden handset subsidies. With less competition among carriers, we can expect AT&T to charge you even more.  AT&T DataPro Data Plan.

Reality: The merger would allow AT&T to exert even greater gatekeeper control over what happens on the wireless Web. The company has a long history of blocking competing services like Pandora, Skype, GoogleVoice and Slingbox. And AT&T’s expanded control over the handset market will stifle innovation in devices. In the past, AT&T has crippled handheld phones that can do more than what the company wants. AT&T is killing the iPhone application marketplace with data caps because it can't handle the network.

False Statement: AT&T says the merger will expand the American workforce by moving thousands of new jobs to the United States.

Reality: When was the last time a merger actually created jobs for Americans and not more pink slips?  This merger puts the jobs of nearly 40,000 U.S. T-Mobile employees at risk. Many of the jobs at retail stores and call centers will be eliminated, and there will be more jobs lost as the effects of this merger ripple through the broader economy.  AT&T's Union is Corrupt.