5 Must Have Mobile Games

Mobile phone games have exploded over the past couple years thanks to the rise of the smartphone and tablets like the iPad. These days phone games aren't just Tetris and Pong, but more like an arcade in your pocket with sophisticated titles. With so many to choose from, it's sometimes hard to sift through the deluge and find that diamond in the rough. A prepaid cell phone doesn't have to be left out of the gaming fun, either. There are plenty of great free mobile games out there, which are ideal when you're on a prepaid or limited data plan. Whether you're on a budget or just like a good deal, here are 5 great free games available to get your T-mobile phone gaming today. 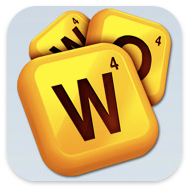 1. Words with Friends (Zynga) - The latest sensation from Zynga (the studio which brought you Farmville), this game can be played with Facebook friends, a random online opponent, or between you and another friend live. It's essentially Scrabble with a few tweaks, but as a free game it can't be beat for linguaphiles everywhere. 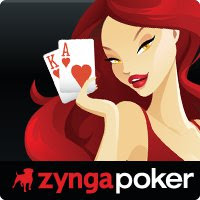 2. Zynga Poker (Zynga) - Zynga Poker is the largest free-to-play online poker game in the world. Players can choose from casual Hold ‘Em tables, tournament play or VIP tables.  According to AppData, it is the fourth most popular game on Facebook, four years after its launch. Also available on Google Android and Apple iOS, Zynga Poker has been a top 10 grossing game in the Apple App Store.  If you are interested in real online gambling see these top 5 mobile casino games.

3. Madden NFL 10 (EA Mobile) - The classic football sim comes to your phone with this game free for T-Mobile Android phone users. This includes all 32 NFL teams and 300 plays to choose from, it's a full gaming experience. The latest edition, Madden NFL 12, can be had for only $6.99. 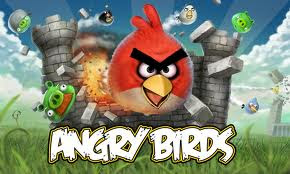 4. Angry Birds (Rovio Mobile Ltd.) - Free for most Android phones and iPhones, no list would be complete without this titan of the mobile gaming industry. It's popular for good reason, too. Tight physics puzzle game-play is paired up with a whimsical design and simple controls to make this an addictive game perfect for he mobile platform.  Its a perfect game for the youngest of kids to learn the basics of using an iPad or touch tablet computer.

5.  Tomb Raider – This mobile slot game is based on the popular Tomb Raider game. What we were first able to play on computers and later to see on movies, can now be played on your mobile with chance to win some big money! Enjoy this 5-reel game's graphics and sounds on the Platinum Play or Roxy Palace Casino. Get ready to see Lara Croft on your mobile and maybe even win the $56,250 available jackpot. Once you’re done with this themed slot game, then see this great page for a list of other mobile slots games, just pick the one you like the most!
By Syndicated Maps at 6/10/2014