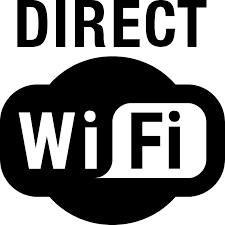 Google has launched an exciting Wi-Fi application that will not provide any useful features. The move, however, is part of a larger strategy by Google, which is working on bringing a variety of new wireless capabilities to phones that do not require an active internet connection. The new Wi-Fi features could be used in the same way that Bluetooth does, with the added benefit of being able to communicate over much longer distances.

The new Google app, dubbed WifiNanScan, is available for download from the Google Play store and is aimed at developers who want to work on Wi-Fi Aware apps.

The Wi-Fi Aware protocol (also known as Neighborhood Aware Networking (NAN)) is used by the WifiNanScan app to measure the distance between two smartphones. It's intended for use by developers, manufacturers, universities, and others as a research, demonstration, and testing tool. With this app, you can measure distances with an accuracy of about 1 meter between phones that are up to 15 meters apart. This tool can be used by developers, OEMs, and researchers to validate distance/range measurements, allowing for the development of peer-to-peer ranging and data transfer, find my phone, and context-aware applications using the WiFi Aware/NAN API. (WifiRttScan is another option.)

According to 9to5Google, Wi-Fi Aware is also known as Neighbor Awareness Networking (NAN). Wi-Fi Aware apps, which allow smartphones and other gadgets to discover and communicate wirelessly, would be able to run on devices running Android 8.0 or higher. The devices would be directly connected to each other, without the need for a Wi-Fi network or any other type of internet or GPS connection.

Wi-Fi Aware devices would be able to "share large quantities of data" and send short messages. According to Google, the technology allows for “higher throughput rates over longer distances than Bluetooth connections.”

Wi-Fi Aware has a variety of use cases, according to the Wi-Fi Alliance, ranging from simple things like communicating with people nearby to play games to more complex things like finding friends at a concert without using GPS. More advanced enterprise uses would be supported by the functionality, such as securely connecting to a printer without logging onto the network or making restaurant reservations by walking nearby, even when the restaurant is closed. Other situations include automating and timestamping school check-ins and roll-calls, as well as streamlining airport security processes by using a digital ID that can be sent wirelessly to authorities. Wi-Fi Aware can even help advance autonomous vehicle technology. It could “enable autonomous and remote-controlled vehicles to instantly become aware of other devices and automatically exchange information like GPS coordinates, altitude, direction, and owner ID,” according to the researchers.

Until then, Google will need to enlist the assistance of developers, which apps like WifiNanScan can do. The app has a lot less features than the previous examples. Wi-Fi is used by the app to accurately measure the distance between two phones. Google explains, "With this app, you can get a distance measurement with an accuracy of about 1 meter with phones up to 15 meters apart." “Using the WiFi Aware/NAN API, developers, OEMs, and researchers can validate distance/range measurements, enabling the development of peer-to-peer ranging and data transfer, find my phone, and context-aware applications.”

WifiRttScan, a similar app for indoor positioning, was released a few years ago. Instead of using GPS to locate users, the app uses Wi-Fi Round Trip Time.

In the future, Google may combine these Wi-Fi experiments to develop new functionalities for phones and other smart devices based on Wi-Fi Aware wireless connectivity standards.

For developers, manufacturers, universities, and others, the WifiRttScan app is a research, demonstration, and testing tool. With this app, you can get a range accuracy of 1-2 meters to nearby WiFi-RTT (802.11mc) capable access points. This is particularly helpful when there is no GPS signal. This tool can be used by developers, OEMs, and researchers to validate range measurements, allowing for the development of positioning, navigation, and context-aware applications using the WiFi-RTT API.

One important future application of this could also be connected cars!!!